Two seemingly unrelated acts of horrific terror, now so mind-numbingly “routine” in modern-day India…
A bomb explodes on a packed bus in the hinterlands of North India, killing over fifty passengers. A rich industrialist’s daughter is brutally raped and kidnapped for ransom while backpacking in the foothills of the Himalayas.
Those two events trigger an unstoppable cascade of events that sucks Jason Wolff, elite ex-commando, and his twin, Alexis, menkyo kaiden—ninja supreme—into the sinister world of a shadowy Islamic terror group called the Sword of the Prophet.

The group’s motto, “Terror for terror’s sake”, encompasses a pattern of urban terrorism that involves bombing, murder, kidnapping for ransom, child abduction, and illegal trafficking of organs for transplantation.
All with a single purpose: To fund the “Sword of God”. The Islamic bomb.

Jason and Alexis will need all their incredible combat skills just to stay alive, let alone stop the inexorable march to an endgame that will relegate the fall of the Twin Towers to a minor footnote in history. 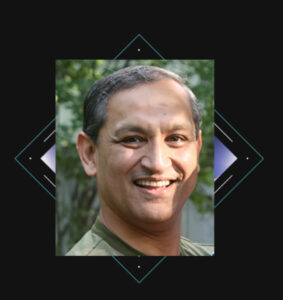 Ray Rao grew up in India, and is intimately familiar with the complexity of its multi-faceted culture, rich history, and many traditions. He also recognizes the many cross-currents in Indian society that can elicit both the best and worst in humanity. That knowledge was in full evidence in his gripping debut thriller, Bloodbath, which showed how India’s ethnic and religious fault-lines could be exploited and weaponized to bring the world to the brink of nuclear Armageddon. His follow-up novel, Swordplay, featuring the ongoing exploits of his twin protagonists, Alexis and Jason Wolff, relies yet again on his first-hand experience of Indian society, his background as a physician, and his intimate knowledge of the martial arts, to paint an utterly realistic picture of evil at its worst and most pervasive.

After graduating at the top of his class at the Armed Forces Medical College in India with multiple honors, Ray has taught and practiced medicine in three continents. He now lives in Pittsburgh, PA, where he has worked as an academic physician and distinguished teacher for the past three decades. His lifelong interest in the history of the martial arts has given him extensive theoretical knowledge of several disciplines. Like a true academic, that knowledge is paired with virtually no practical experience in the martial arts, other than as a practice dummy for his daughters, who hold six black belts between them in three different martial arts disciplines. That woeful lack of real-world application is not evident in his vivid and realistic portrayal of combat sequences in his books, which were lauded as lifelike and authentic by no less than the sixth dan karate master who trained both his daughters. Nor does that lack deter him from fearlessly entering dark alleyways…as long as one of his daughters is with him!

READ BLOODBATH, THE FIRST BOOK IN THE SERIES! 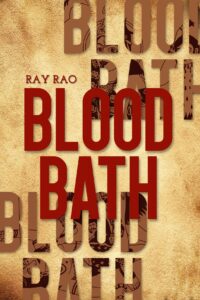 From Amazon.com:  “India, a nuclear-armed democracy held together by bonds of history and tradition. Its fragile unity is riven by deep religious and ethnic contradictions waiting to explode into open conflict. Kalidas, a sinister mastermind who dreams of acquiring India’s nuclear weapons. He will exploit those contradictions to ignite a civil war and engineer a breakdown of Indian society.And twin siblings, Alexis and Jason Wolff, one a ninja, the other an elite ex-commando. They are all that stand between Kalidas’s dream and the nightmare of nuclear Armageddon.”